The Decline of Creativity 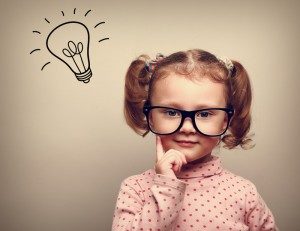 Last week, Newsweek published a fantastic — but sad — article about the a decline in the creativity of US school children.

“The Creativity Crisis” discusses findings from a series of “Torrance tests” (named after their inventor, psychologist Paul Torrance).

Torrance tests involve asking participants perform tasks related to divergent thinking and other problem-solving skills, which are then scored on three scales:

Unlike IQ scores which have been steadily inching up over the past few decades, CQ (Creativity Quotient) scores have been in decline since around 1990. Up for vigorous debate is why creativity scores are falling and what we can do to bring those scores back up.

The questions raised by these declining scores are important:

So keep creativity alive! Open yourself to new experiences, new ideas and new approaches. Play and experiment. Instead of watching TV, draw and write and work equations. Debate with your friends. Build something. Sing and play cards and dance in your spare time. Teach your kids to do likewise.